To describe Ben Johnson as a perfectionist is like describing China as ‘big’: it doesn’t do his phenomenal obsessiveness justice.

He says concentrating on executing his hyperrealist paintings – often mistaken for photographs, but all acrylic on canvas – provides him with the peace and tranquillity he missed during a tumultuous Welsh childhood To Johnson, obsessive detail is everything. Painting, he says, keeps him sane.

Best-known for painting architectural spaces – Johnson has recreated London, Jerusalem, Zurich and Hong Kong, The Alhambra in Granada, street scenes in Minorca, buildings in the Middle East – his 46-year career has seen works exhibited in London’s National Gallery and ICA, the New Orleans Museum of Art and Museo Bellas Artes in Bilbao, and in the permanent collections of the Victoria & Albert Museum, London; the Centre Georges Pompidou, Paris; the Museum of Modern Art, New York; the Regional Services Museum, Hong Kong; and the Government Art Collection.

Each painting requires initial drawings, stencilling, stencil-cutting, colour-mixing… and that’s before he’s even got any paint on canvas. Periodically, people how he’s done it – how he’s created such immaculately precise, photorealist works, and how he spends so long on each one. To which he often replies: ‘I don’t know how I’ve done it.’ 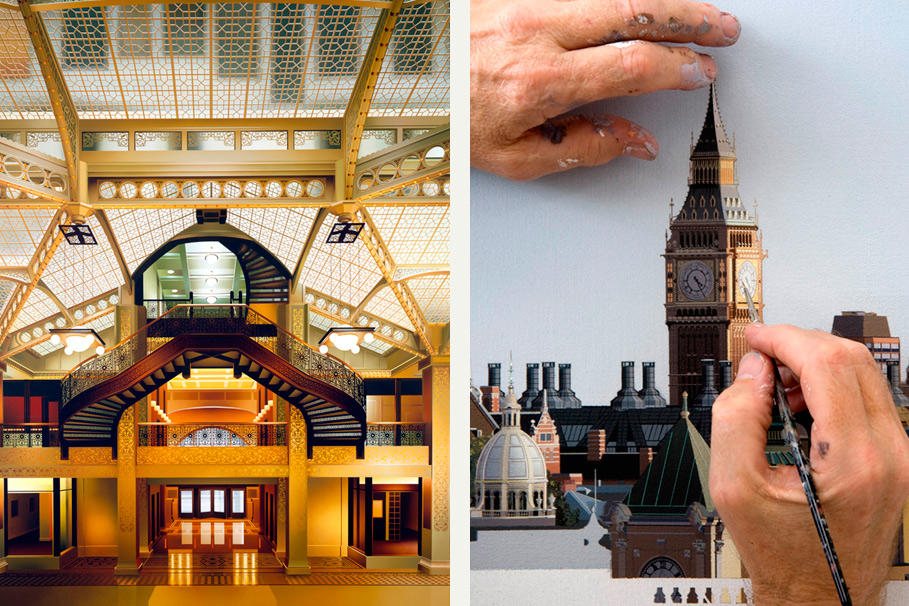 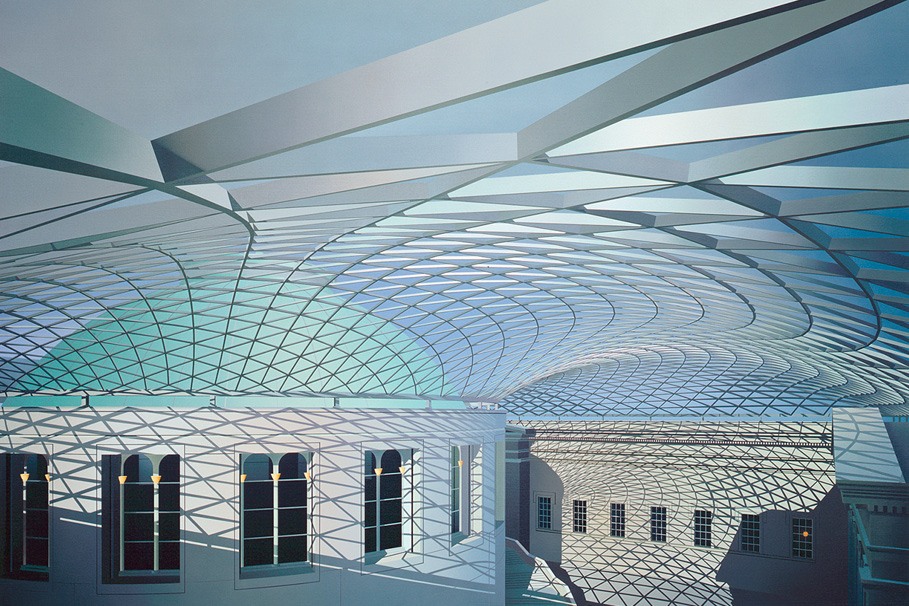 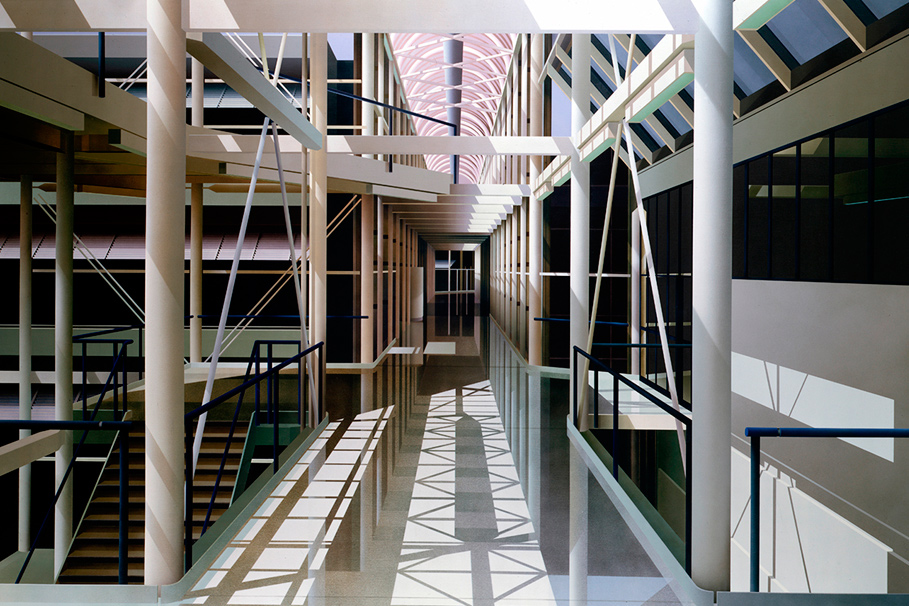 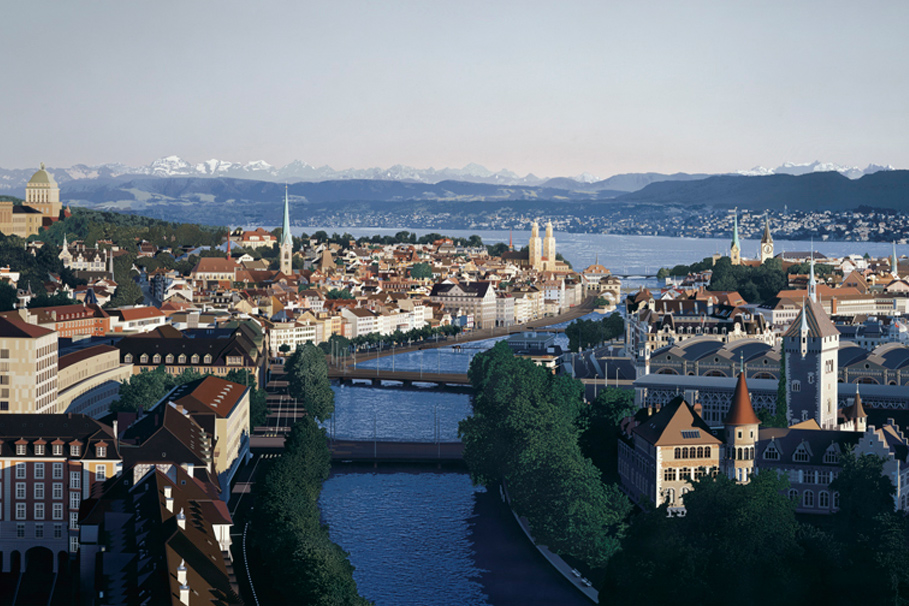