Located just east of Madagascar and south of Mauritius, bathed in glorious tropical sunlight, packed with mountainous green jungle and surrounded on all sides by the turquoise brilliance of the Indian Ocean, French island Reunion probably isn’t somewhere that actually needs much more colour. But, boy, does it look marvellous with an extra splash of it.

Gorg One, Galvis, Seth Globepainte, France, Ceet, Meo and Jace all flew in for the festival put on by the Ville Musée, spending the event transforming seven enormous walls on the sides of residential buildings into celebrations of childhood, nature, Reunion island’s unique multiculturalism and ethnic diversity.

Seth Globepainter’s trompe l’oeil – a young girl, sitting in a real tree, pulling down the side of a building to reveal the bright blue sky – honoured the natural beauty of the island. A second girl, made up of several girls in ethnically distinct dress, spoke to the island’s beautifully diverse population.

Gorg One represents the island as a watery elephant, holding trees above and caring for the fish below; Jace turns the island into a fishbowl and depicts its volcano hurling little cartoon bodies out of the tank, the little figures trying to climb back in; Ceet uses multicoloured graphical birds to highlight the island’s diverse community; Meo celebrates how humans and animals live harmoniously within Reunion’s relaxed air of calm. 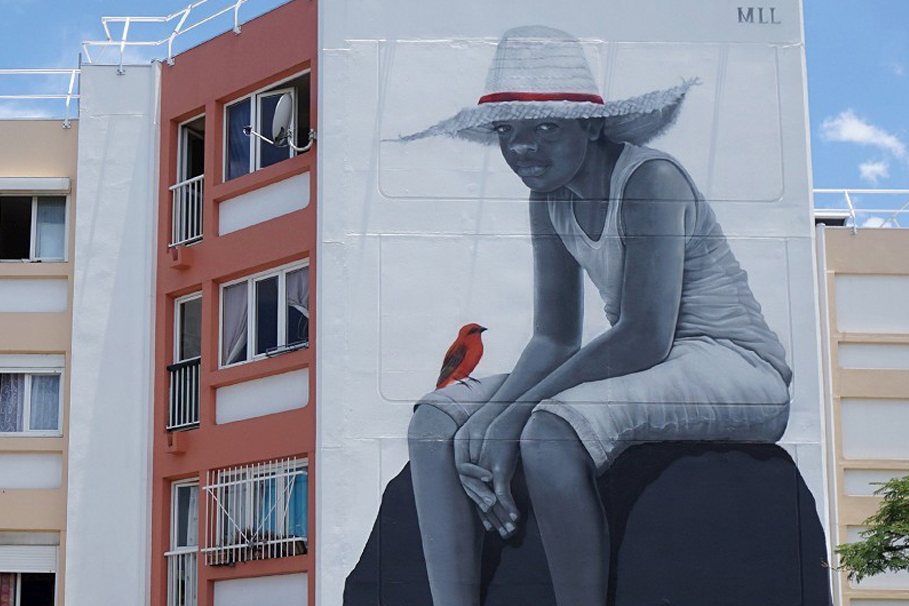 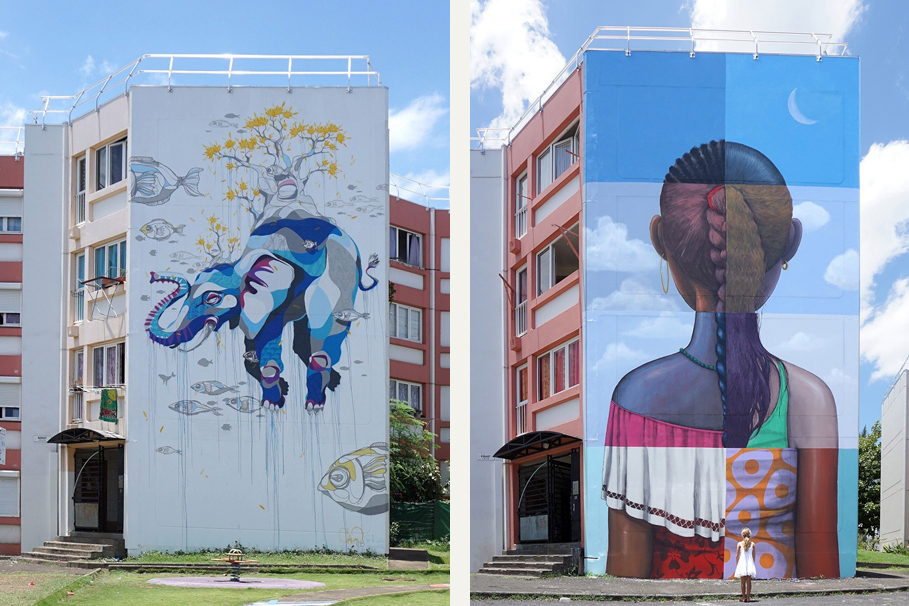 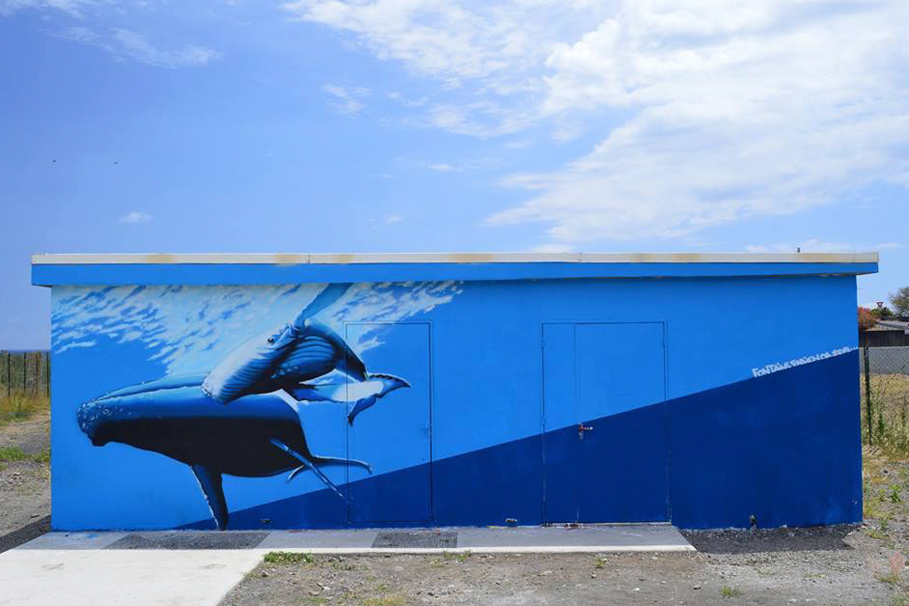