‘Food is our religion. That is why the kitchen in The Jane is located on the altar.’

Welcome to The Jane, a gastronomic experience like no other, where ‘fine dining meets rock’n’roll’ meets history inside a former military hospital chapel in Antwerp.

The extraordinarily unique brainchild of Michelin-starred chef Sergio Herman and his former Oud Sluis sous-chef Nick Bril, The Jane is oft heralded as ‘the most glamorous and trendiest restaurant in Belgium’, a dining hall where the world’s most discerning foodies convene to appreciate some of the most astounding food in Europe against the aural backdrop of Belgium’s finest DJs.

The serene, ceremonial space – full of elaborate cornices, an 800kg hyper-modern spiked chandelier and padded walls – was designed by Piet Boon Studio, who chose to preserve the chapel’s original integrity by restoring only what was absolutely essential. The cavernous, visibly worn ceiling remains, as does the original altar, where The Jane’s kitchen now sits, ‘embraced by glass, like a modern shrine’, and entirely open to guests who can witness the team working to serve them a series of spectacular dishes.

All 500 unique panels making up the modernised stained glass windows, however, are the work of Studio Job. Blending old and new, coloured images include babies, crucifixes, apple cores, croissants and gas mask; it’s tricky to concentrate on one’s food when the surrounds are so bursting with life.

As for The Jane’s menu – it is as military as the building’s history. Guests choose any number of starters, followed by a main course and dessert, but what they eat is entirely at the chef’s discretion. But there have been few complaints so far.

Come to The Jane with an open mind, leave with a full stomach and an overflowing heart. 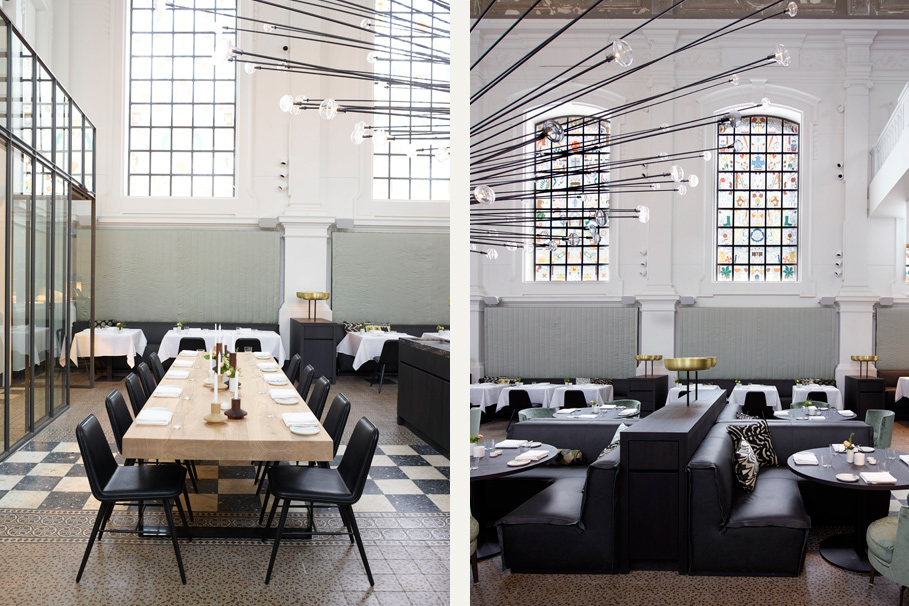 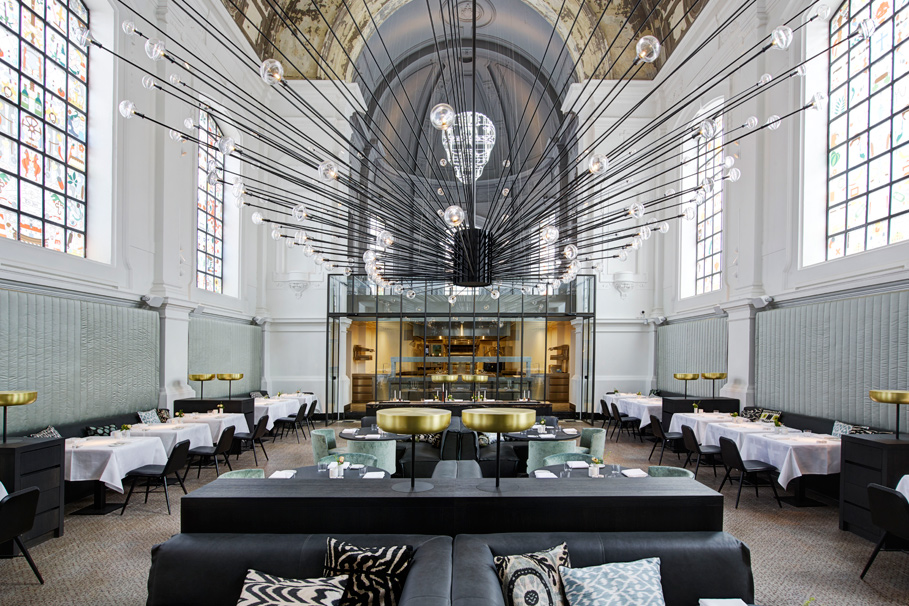 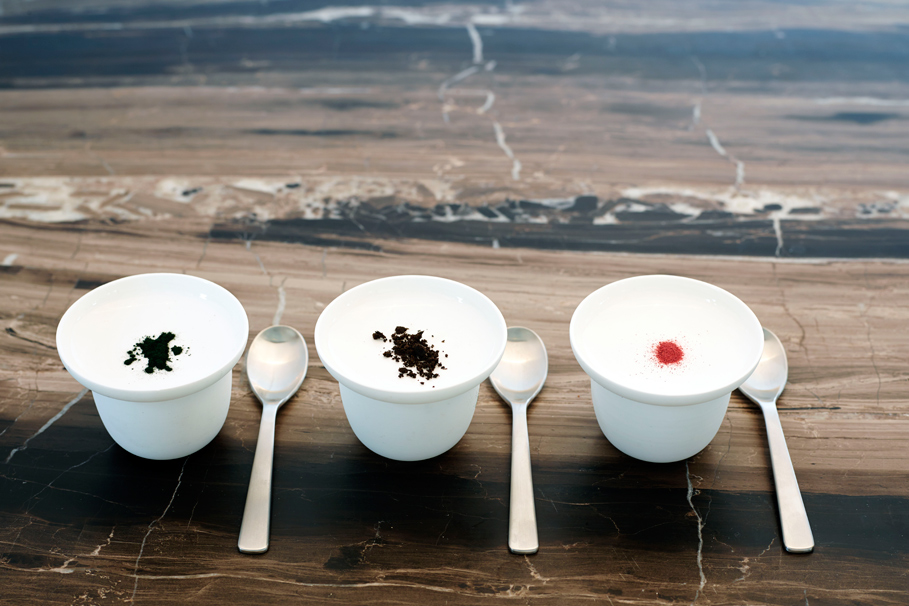 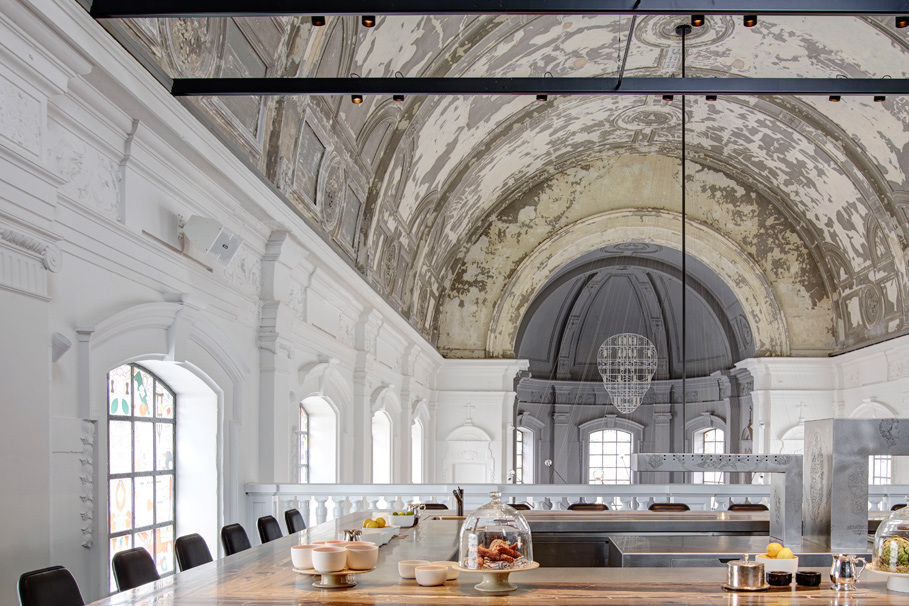 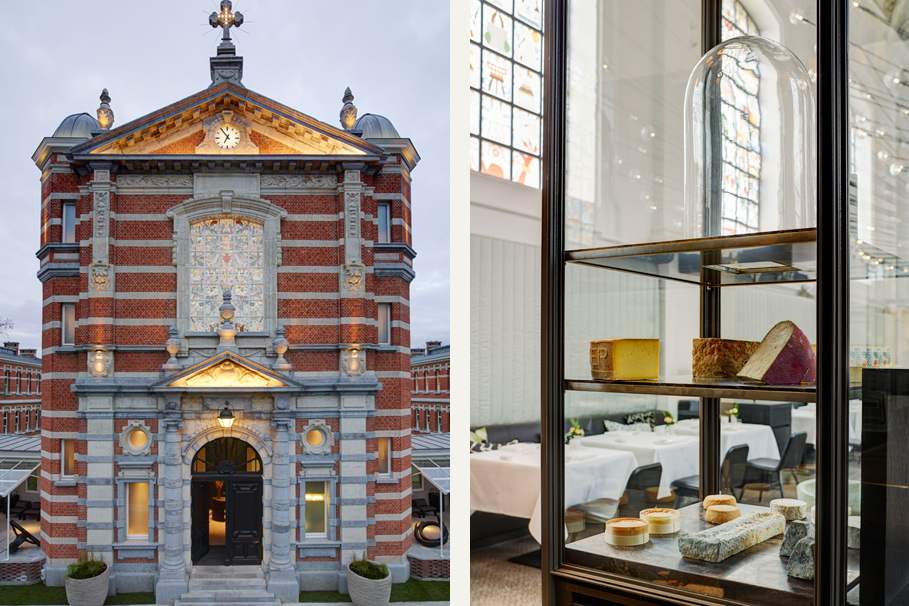