‘If I cannot do great things,’ said Martin Luther King, ‘I will do small things in a great way.’ And Korean artist JeeYoung Lee has chosen this eloquently inspiring mantra as her own modest modus operandi, taking her miniscule Seoul studio (barely 3m x 6m) and transforming it into an elaborate, multi-layered canvas for her boundless imagination.

Each photographed scene is wholly, mesmerisingly unique. Panic Room (2010) saw the minute space become a tilted, topsy-turvy turquoise checkerboard; for Anxiety (2013) she filled the room with furniture and covered every inch of it with a thick blanket of white ‘snow’; in Neverending Race (2008) she knelt inside a games board with enormous die spinning around her person, chess pawns flanking her on every side; The Little Match Girl (2008) transformed the room into an airborne cloudland, with Lee perching on one nebular structure playing with oversized matchsticks; in Nightmare (2010) the artist is seen disappearing into a corner with terrifyingly large paperclips magnetically attracted to her bare legs.

All these landscapes are Lee’s interpretations of her own personal experiences, dreams, and Korean folk tales. Resurrection (2011), for instance, references Shimcheongin, about a girl who throws herself into the sea and remerges inside a blooming lotus. ‘I wanted to portray rebirth in my photo, which is why I appear inside a lotus,’ Lee said. ‘It shows how one can achieve new birth by overcoming negativity. I wanted to empower my spirit and rise above my emotions through this piece.’

Welcome to the wonderfully madcap world of JeeYoung Lee, an artist who joyfully refuses her creative journeys to be constrained by boundaries, be they figuratively or literally imposed upon her. 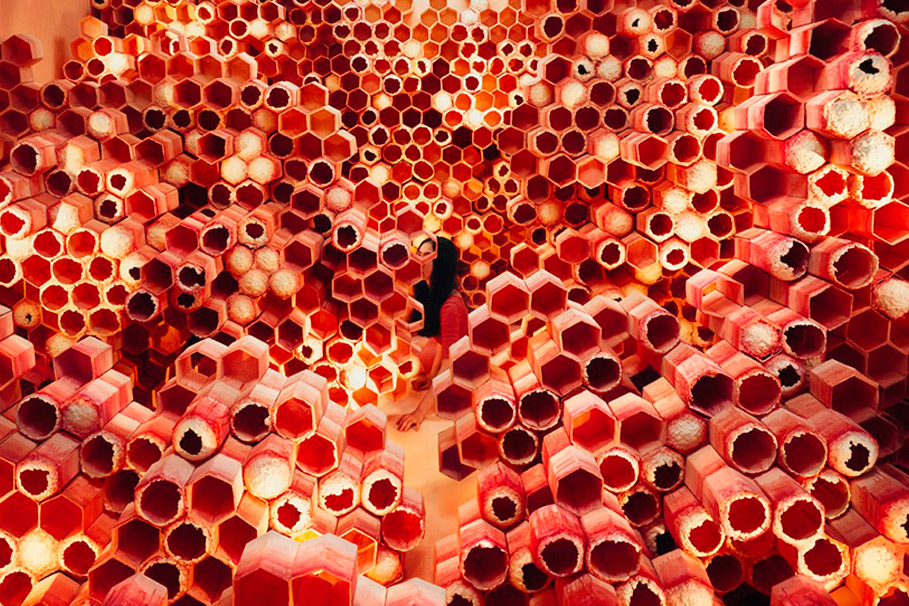 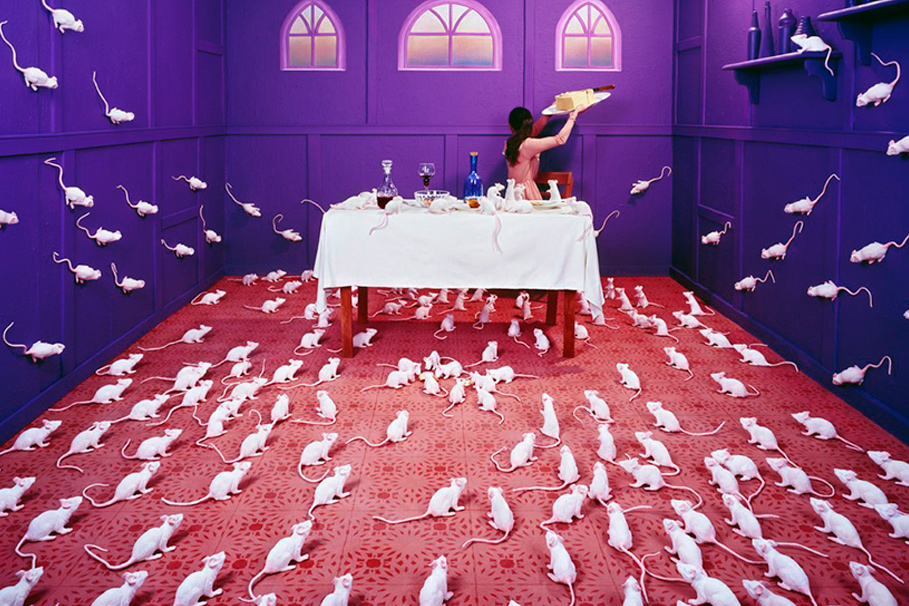 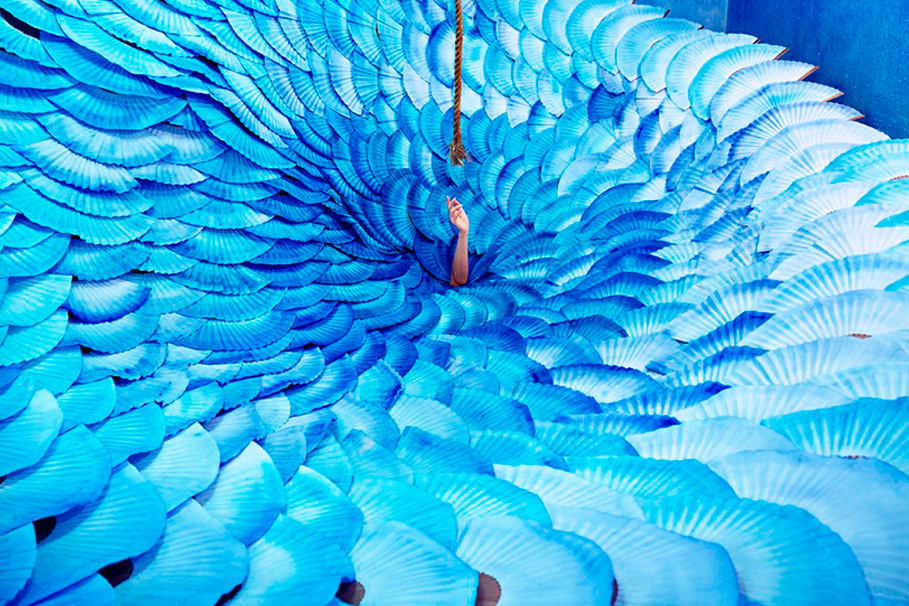 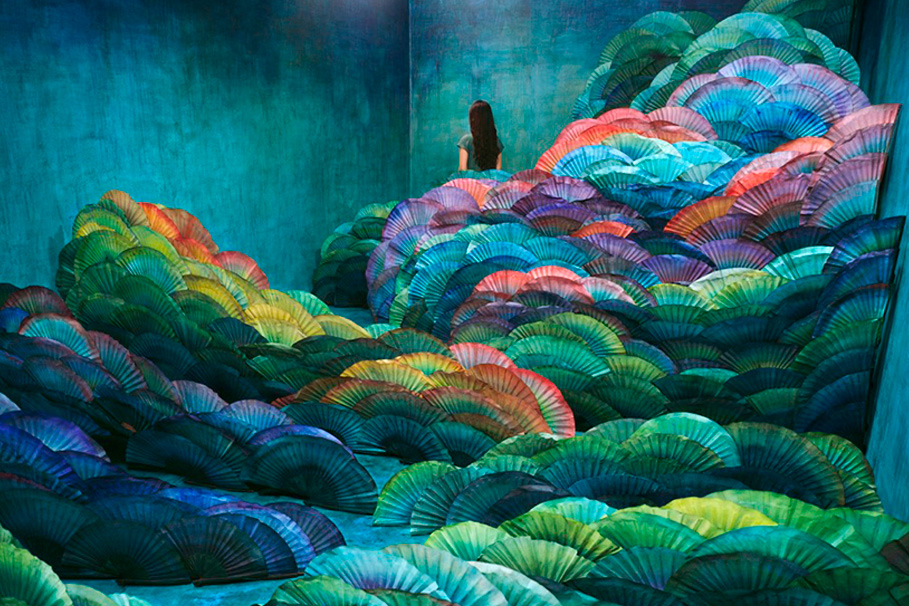 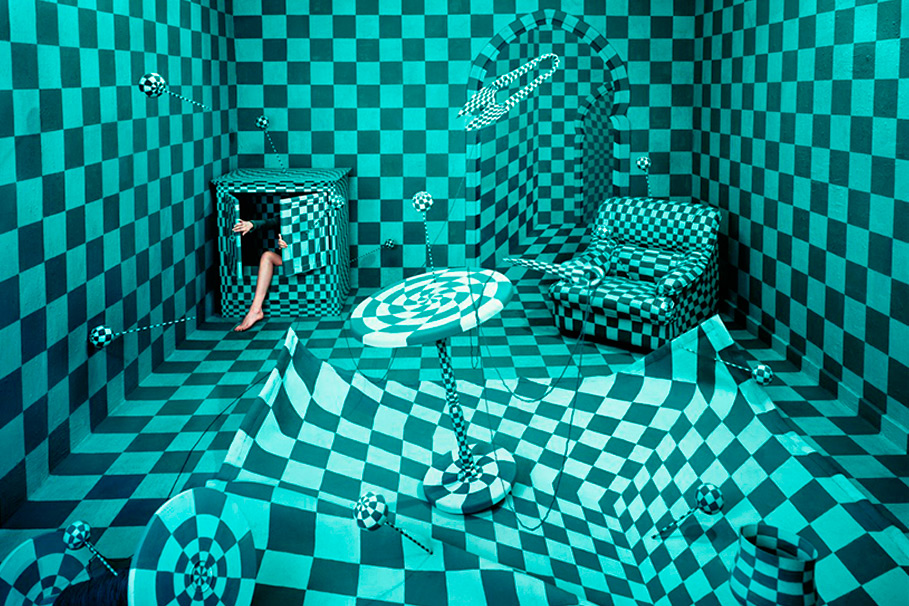 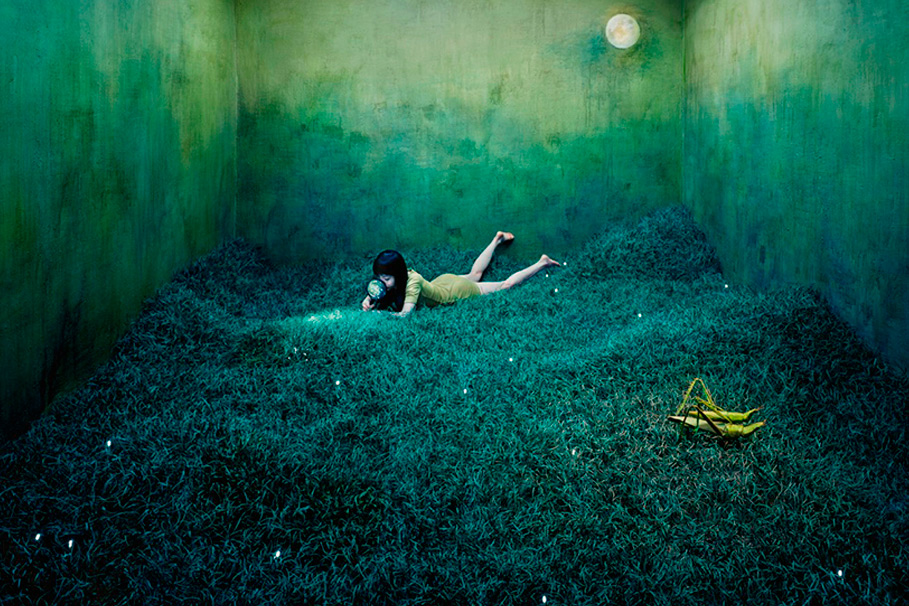 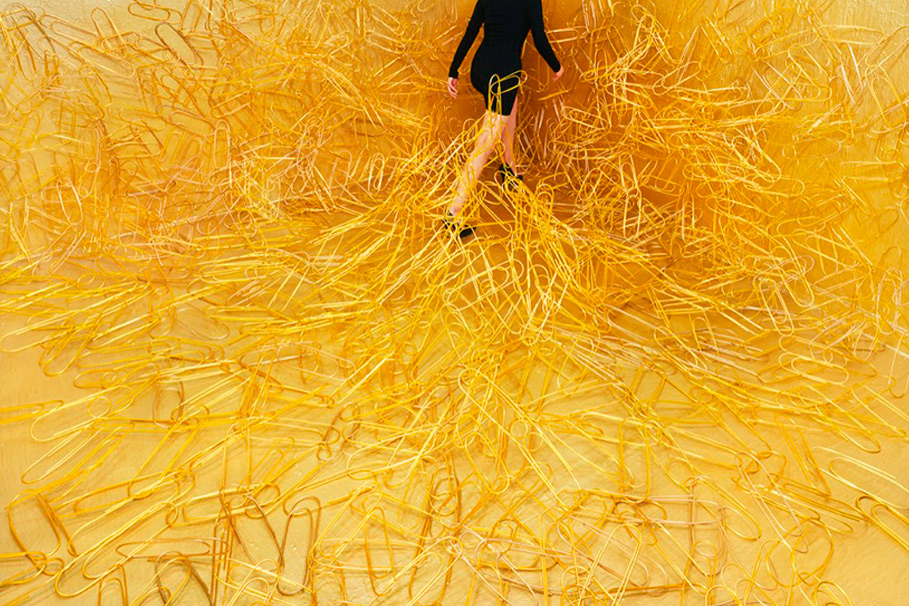