German photographer Martin Klimas is a man who ponders a thing’s essence from the viewpoint of the precise moment of its destruction, whether this ‘thing’ is a photograph, a piece of music, a vase of flowers or a porcelain figurine.

Klimas has spent his career exploding, shattering, dismantling, destabilising and fragmenting images, sounds and objects – then capturing the exact moment of this death on film. In each photograph the object in question has been destroyed mere moments earlier; Klimas has, using lightning-bolt shutter speed, frozen the nanosecond in which each thing ceases to be, but has not yet crumbled into ruins. Each thing is still recognisable. It still has its original identity, but the viewer is aware that moments later this identity was forever lost. The artist captures, in a beautifully calm yet chaotic manner, the precise moment where the past, present and future collide.

‘In my pictures you see the world through the eye of a high-speed camera,’ Klimas told The Morning News. ‘This way of seeing provides for us something that we normally cannot see, this moment of transformation can really only be imagined by us. I provide a way for us to see this action differently. It is an in-between state. A state where rest and motion can exist together. I hope this situation can be applied and give us thought in our everyday world.’

His series of tiny, shattered porcelain figurines is expressly poignant because the explosions dramatise each tiny figure’s action: the strength of the kung-fu figures is hyperbolised; porcelain birds appear to actually fly; dancing women literally seem to dance. But this isn’t a simple case of ‘smash and snap’: ‘The hardest part of my work is to smash so many figurines until I find one that truly is showing me something new,’ he says. ‘I am in that sense a sculptor, but I have only a 5000th of a second to build my sculpture.’ 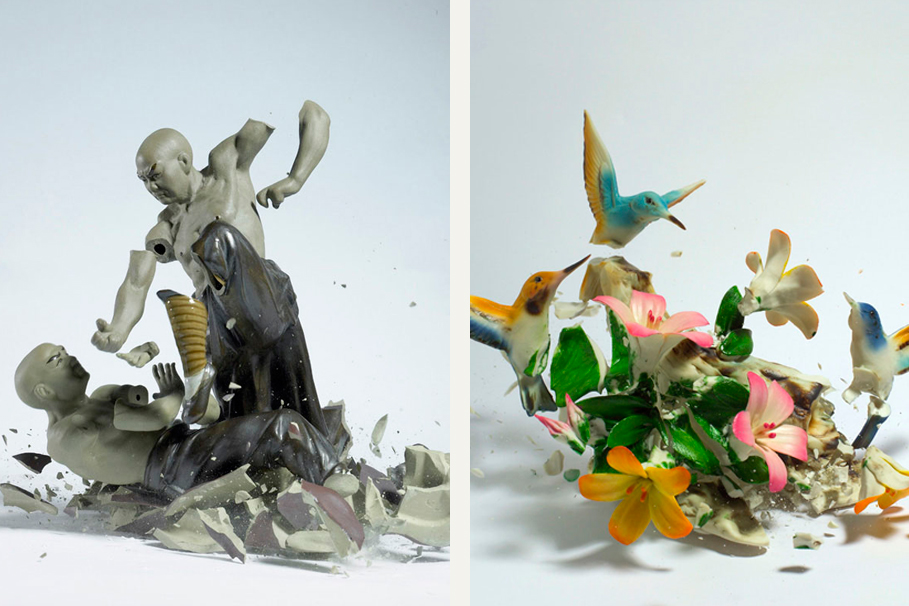 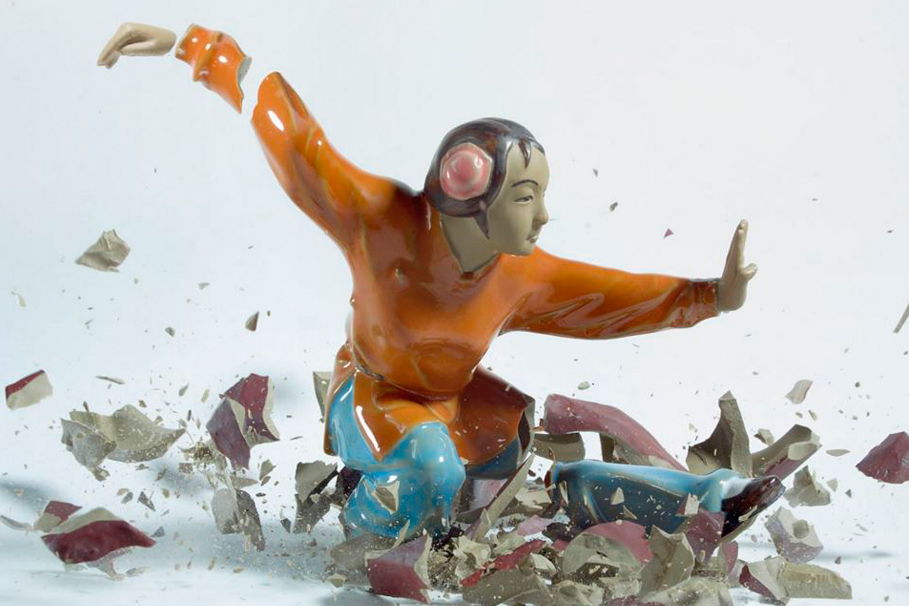 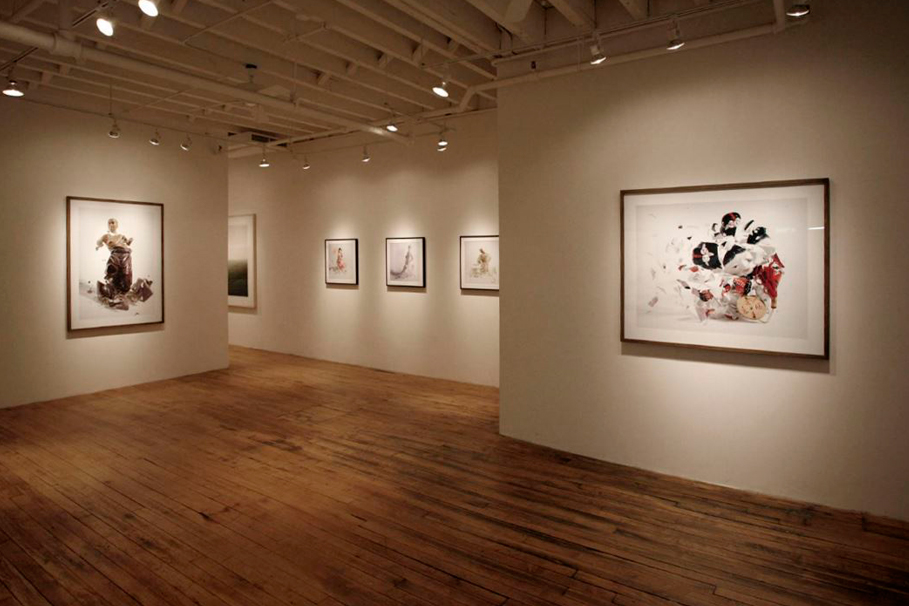 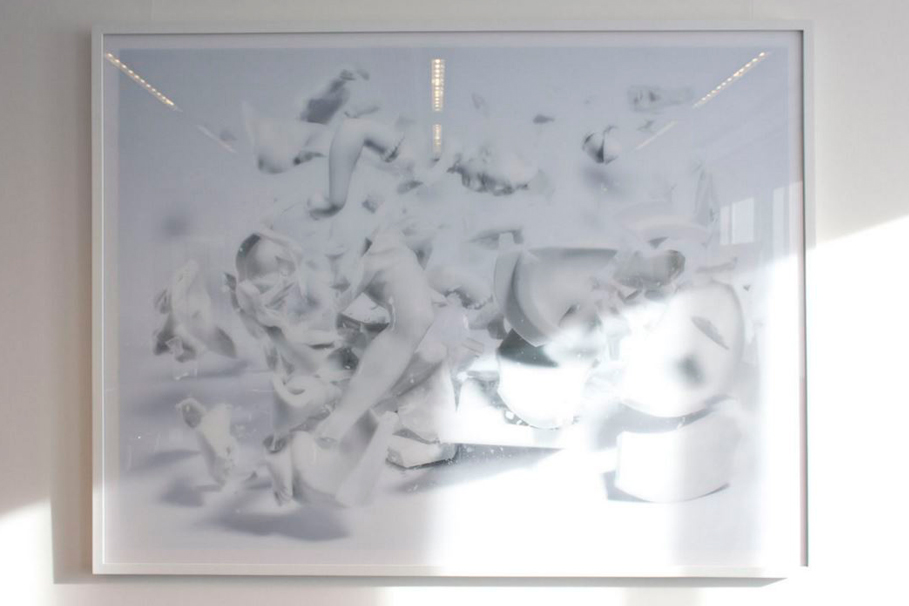 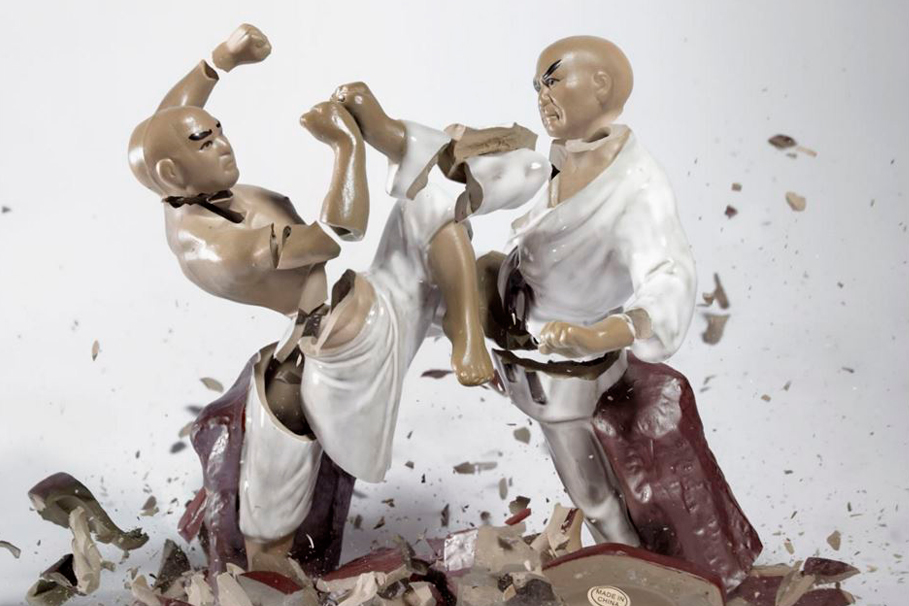