With a name like Porky Hefer, Porky Hefer was only ever going to be a designer, wasn’t he? And he wasn’t going to design plain white T-shirts or simple kitchen bar stools.

But Hefer, who is based in Cape Town, remains best known for his nests: deliciously comfortable and wondrously individual human pods, seats and snugs that can be hung inside a house, strung up on a veranda, or dangled from the treetops. Each cosy, body-enveloping nest is created in response to each client’s exacting needs, resulting in woven cane nests built using biomimicry techniques; thick black nests constructed by sewing together upcycled old tyres; nests woven from recycled green plastic packaging, and nests made from pale leather offcuts reassembled to resemble fish scales.

Monstera Deliciousa is his collection of nests that resemble animals, allowing people to sit themselves inside the gaping jaws of a leather killer whale, a manta ray, a puffer fish, an anglerfish, a pelican or a crocodile. No wonder Hefer’s design consultancy is called Animal Farm.

Hefer, who worked in advertising for 16 years before emigrating into design, is obsessed with sustainability; every single nest is made from natural or upcycled materials using traditional South African craftsmanship.

‘My pieces get people to think about nature and its fragility, and make them consider how to protect it,’ he told Dezeen. ‘They’re also about protecting local crafts so that these traditions don’t die out.’ 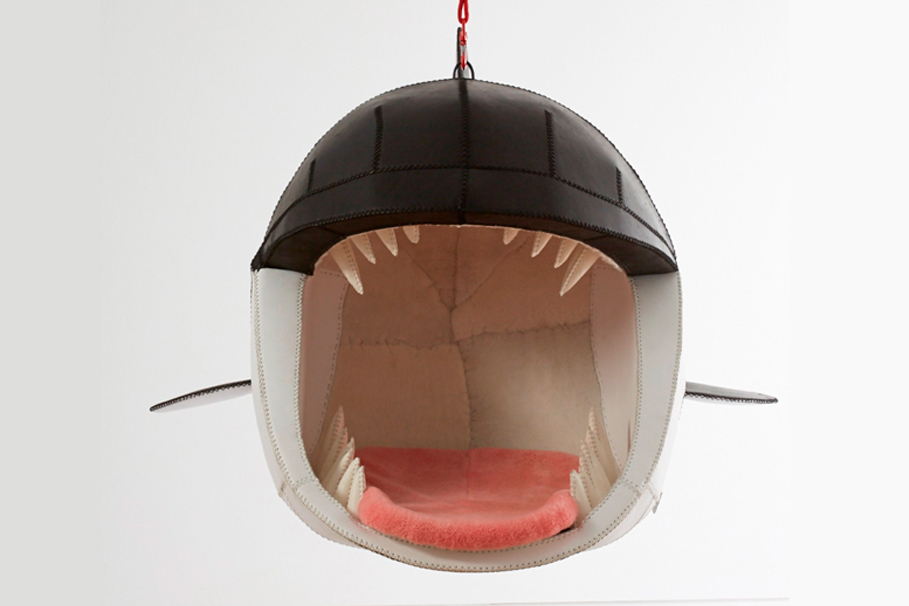 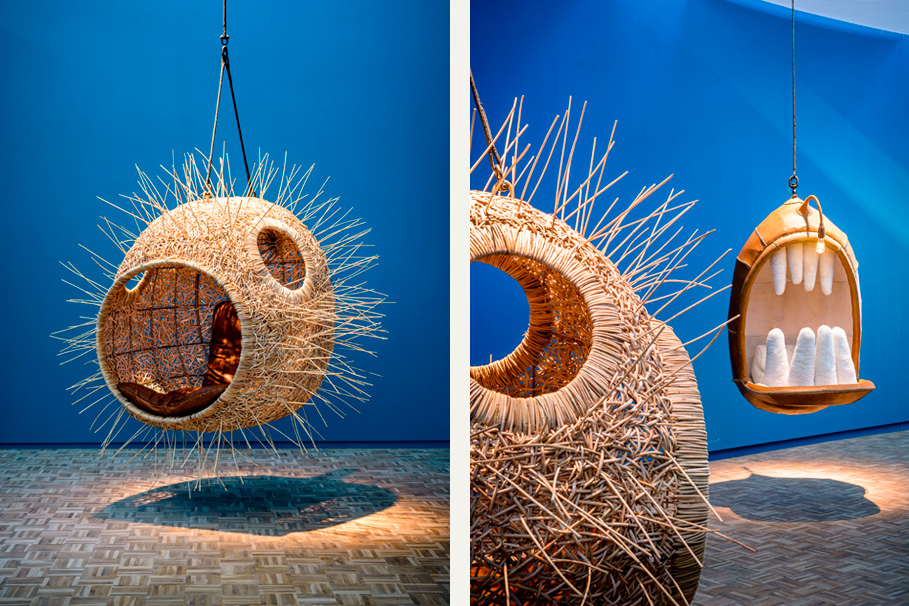 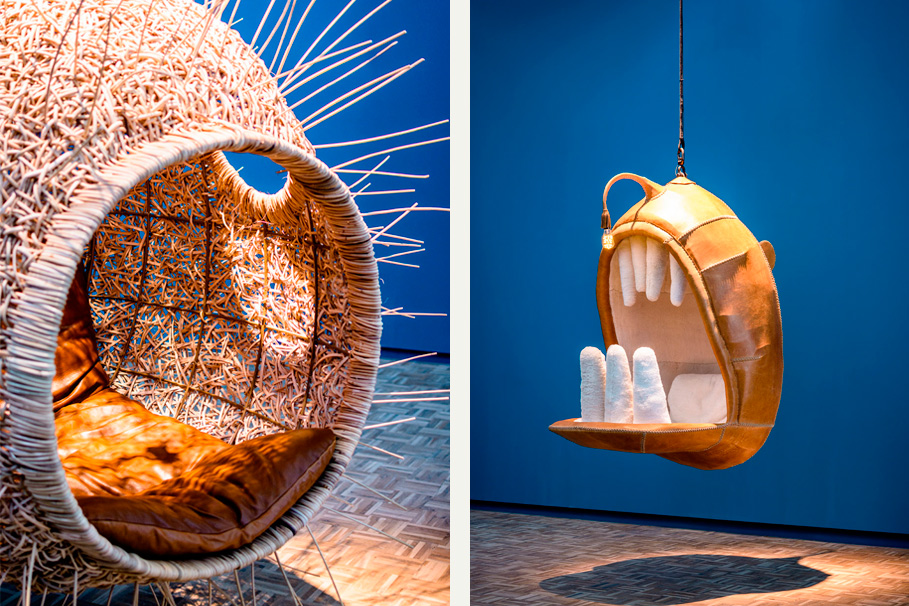