Professional engineer Stephen Orlando has always been fascinated by aerodynamics, but these days he uses this fascination to capture beauty via his trusty camera, rather than to build aeroplanes and bridges using steel.

Inspired by the works and pioneering techniques of photographers Étienne-Jules Marey, Anton Giulio Bragaglia, Gjon Mili, and Frank Gilbreth, the Canadian artist explores ‘capturing motion through time and space into a single photograph’, and tells the story of movement by using multiple tiny LED lights with custom colour patterns and long exposure photography. He calls his project Motion Exposure.

No artificial editing or Photoshopping is done on these photographs; the images are of the moving LED lights alone, the trails represent the true paths of each object.

‘A relative motion between the performer and camera must exist for the light trails to move through the frame,’ Orlando, who hails from Waterloo, Ontario, told This Is Colossal, referring specifically to his violinist images.

‘I found it easier to move the camera instead of the performer. The LEDs are programmed to change color to convey a sense of time. The progression of time is from left to right in the viola and violin photos and from top to bottom in the cello photos. Each photo is a single exposure and the light trails have not been manipulated in post processing.’ 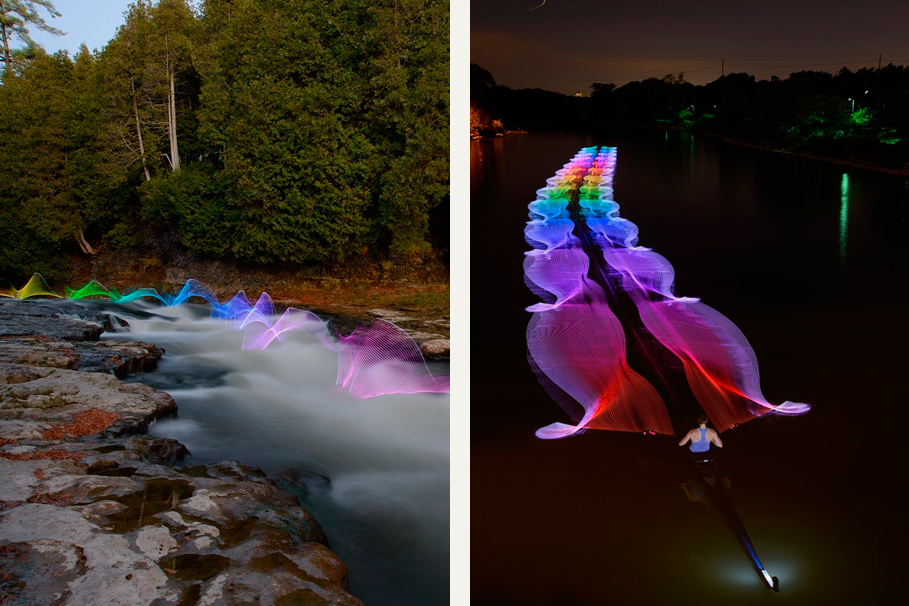 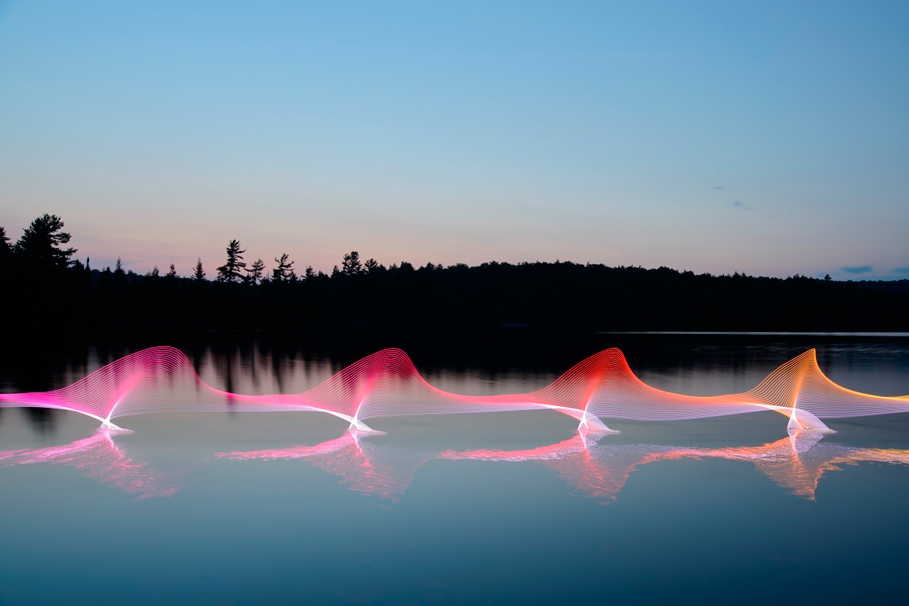 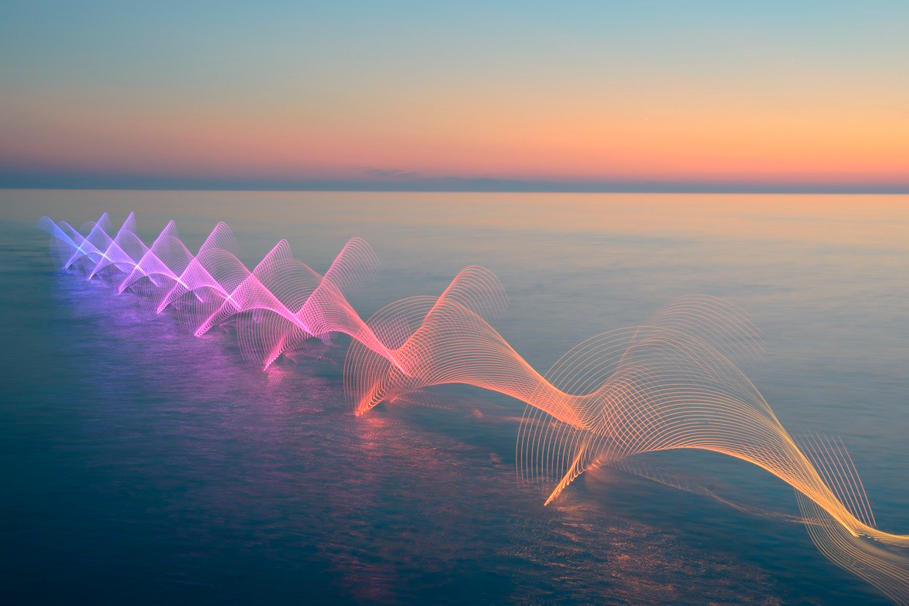 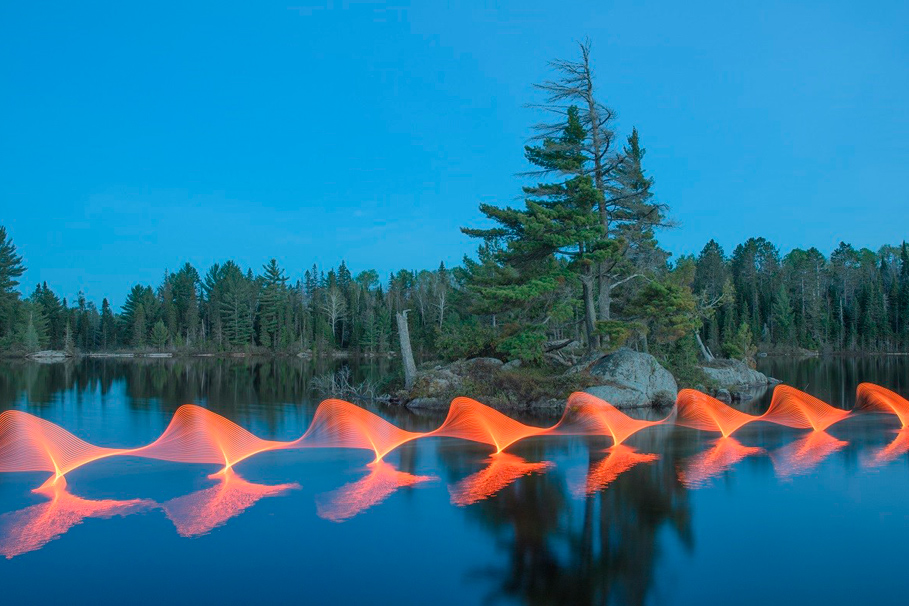 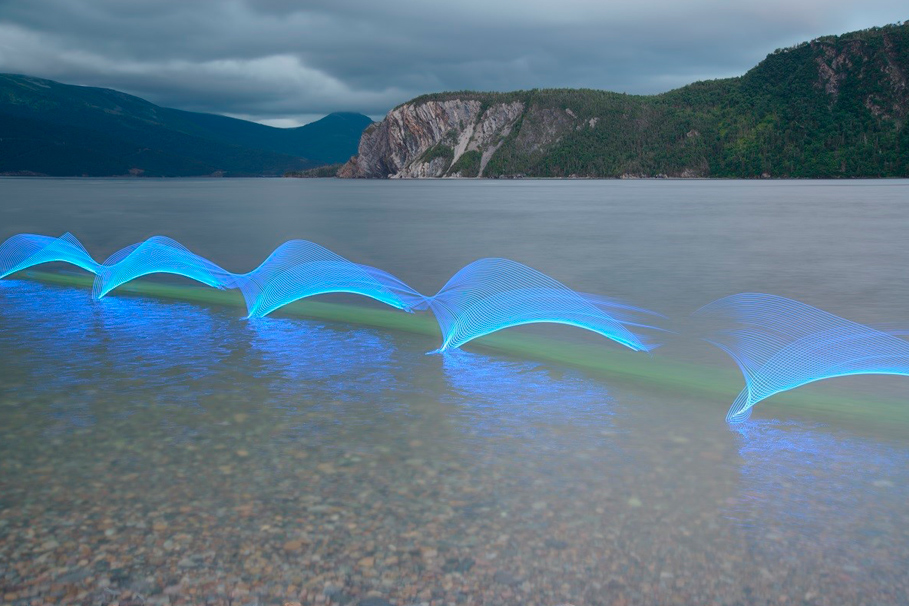 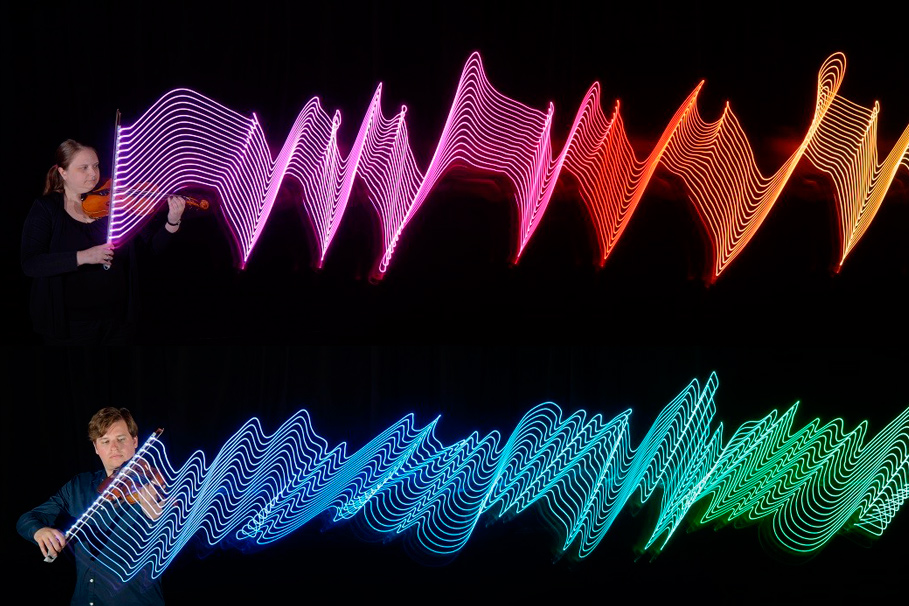