Spanish graphic designer Rubén Montero is happiest when messing about with things, turning them on their heads and twisting them into something new. Works of literary fiction. Playing cards. Colours. Typography. Shapes. Anything he can get his hands on, really.

Last year, in 2015, he worked on Tilt, a personal project subtitled A Brief Study About Shapes, in which he painted paired panels of abstract shapes in complementary colour palettes: curved, striped tubes of white and blue; distorted, surrealist torsos somersaulting in swirls of flaming reds and mauves; white and beige puddles with purple outer rings; wobbling, orange and black stripes drifting into large patches of both colours.

Montero’s highly graphical work demands complete obsessiveness towards form, but he can be painstakingly neat or deliriously haphazard about the forms he creates. Tilt is his own mash-up of the opposing styles, his personal passion project, a joyous exploration of colour and shape; aimed at no client, it is perhaps the purest representation of the artist’s own mind. 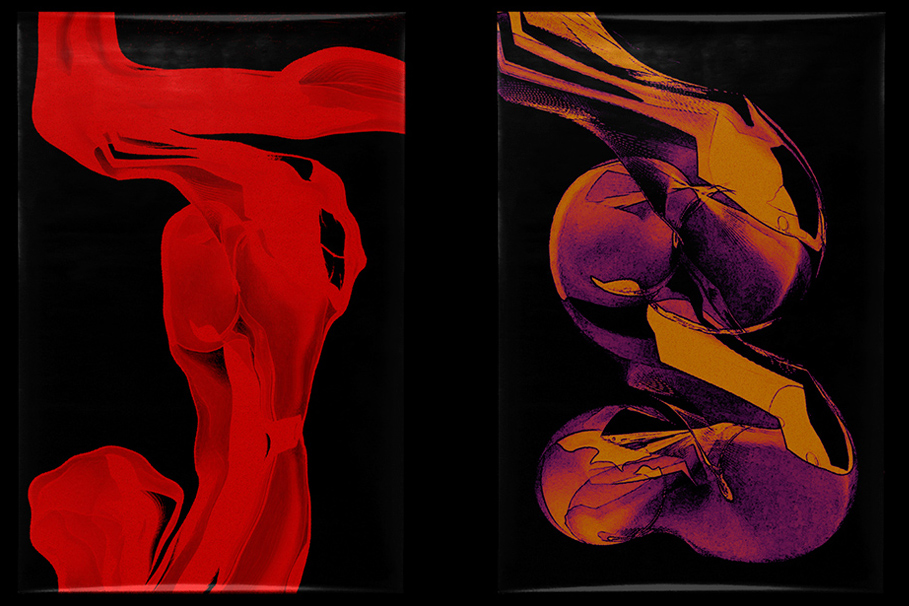