The unveiling of the Riverwalk by Stanton Williams made a splash last month, when we visited the curvaceous new luxury residential development’s rare waterside location. Now, the scheme’s second phase is revealed, with the completion of the penthouse interiors by London firm Spinocchia Freund with Lisa Ronson.

The project comprises two towers – of six and 16 levels respectively – and 116 waterfront apartments of various sizes, including generous top level ones, offering some of the largest terraces to be found in central London. The scheme is already over 75% sold, but the jewel in its crown – the 6,000 sq ft duplex penthouse – has only just launched.

Ronson and Spinocchia Freund joined forces to create an interior that is light, warm and uses the finest materials, explain the designers. They also aimed to complement the external design through their choices, bringing elements of the outside in and subtly merging exterior and interior. Elliptical features, such as a curved, sleek staircase and two rotundas, see to that. The facade’s Portuguese limestone is also used inside, matched with several different marbles and high quality timber panelling.

The duplex’s five bedrooms are linked through generous circulation spaces, storage and breakout areas to a large, open plan living, dining and kitchen area. The latter is made bespoke by Boffi.

The outside spaces are one of the penthouse’s most enviable features, spanning a whopping 2,500 sq ft. Most of this is dedicated to a south facing roof terrace with long vistas over the river, the city around it and the southern riverbank beyond. The 360-degree views include iconic landmarks such as Houses of Parliament, the London Eye and St Pauls – who could ask for more. 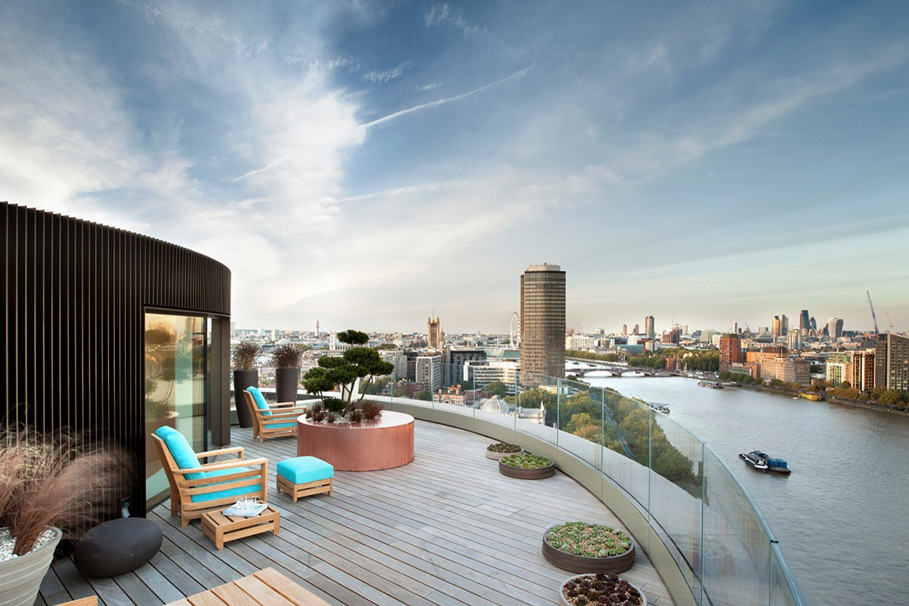 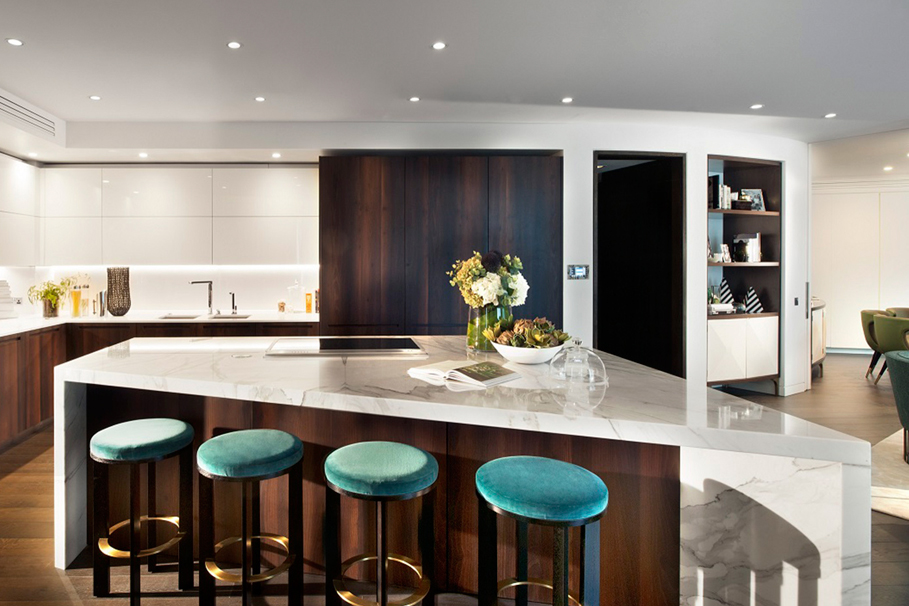 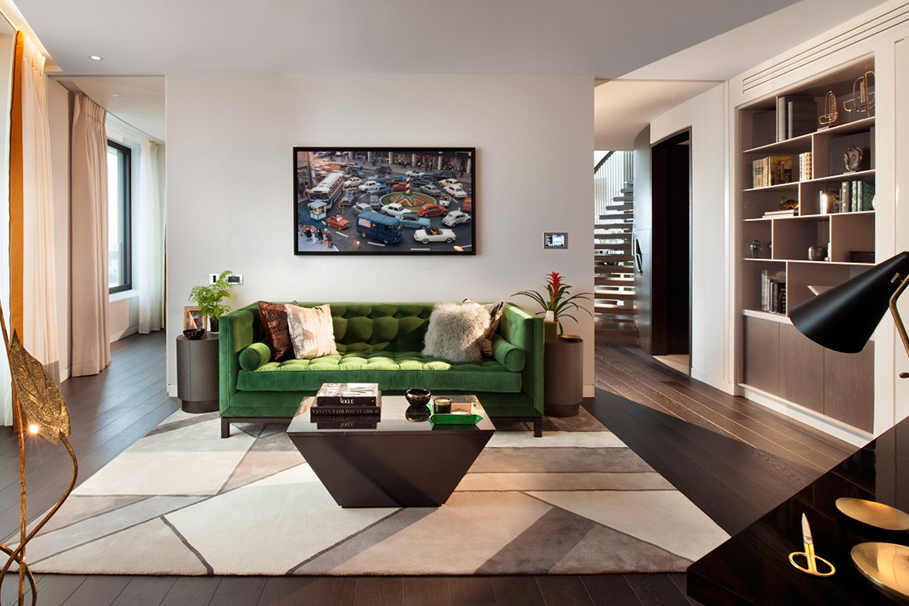 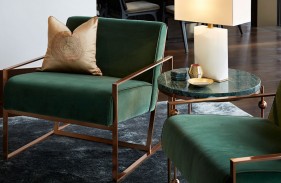 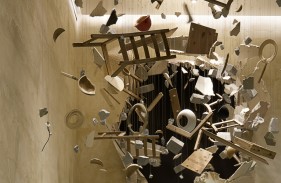 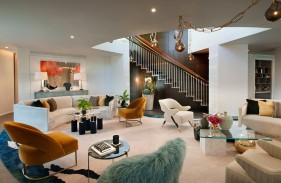 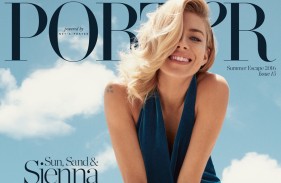 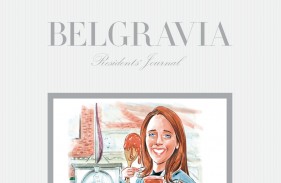