Ah, Stonehenge. Impressive, admittedly, yes. But wouldn’t the whole thing be so much prettier had those ancient Druids injected those enormous rocks with some…. colour? Enter renowned Swiss artist Ugo Rondinone, who has done precisely that – not in Wiltshire, but in the middle of the Nevada desert.

One of the largest land-based art installations the world has seen for 40 years, Seven Magic Mountains is visible across the desert landscape along Interstate 15, and will be for the next two years. Respectable innings, considering it took a small army of artistic engineers, technicians, project managers, consultants and heavy lifters five years to complete Rondinone’s robust, 33-bouldered vision from conception. And how did they do it? One preposterously heavy painted boulder at a time. One boulder at a time.

According to Rondinone, the location is exactly mid-way between the natural and the artificial, both physically and symbolically: nature expressed by the mountain ranges, desert, and Jean Dry Lake backdrop, artifice by the constant thrum of highway traffic between Los Angeles and Las Vegas.

This sort of supersized creation is nothing new for Rondinone; the New York based European found fame in 2013 with his striking installation Human Nature outside Manhattan’s Rockefeller Center, a collection of huge stone figures each standing up to 20ft tall, each weighing 30,000lbs.

Rondinone’s need to free his art from the imprisoning confines of gallery walls and place it within the world itself is a motif running through his work. He needs art to be experienced, to be felt, rather than merely viewed. ‘I do believe in the spirituality of art’, he says. ‘You don’t have to understand art, but you have to feel it.’ 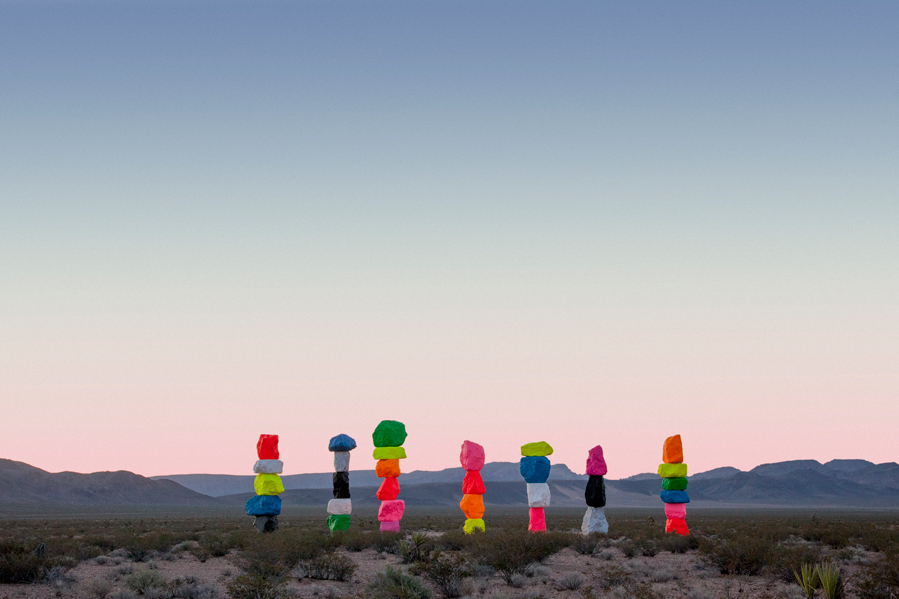 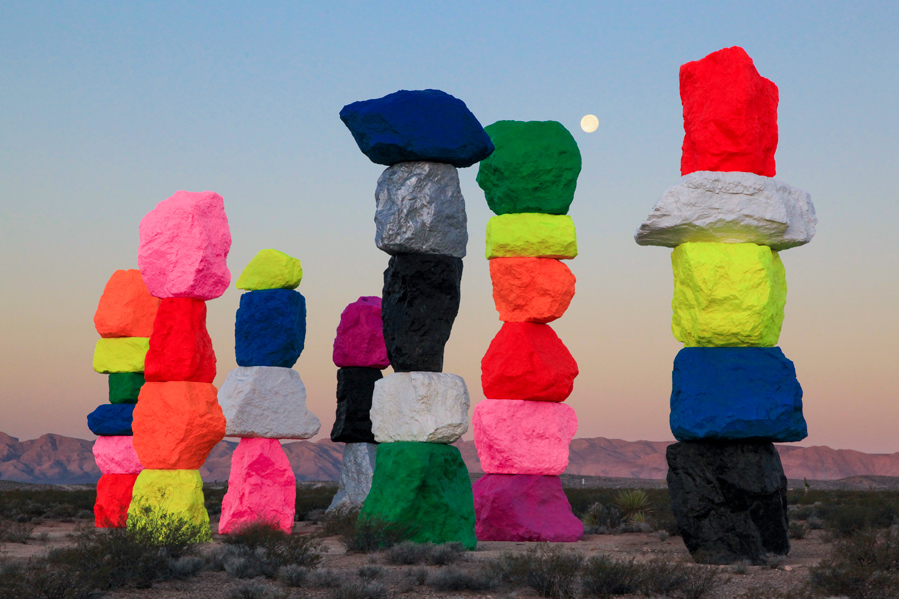 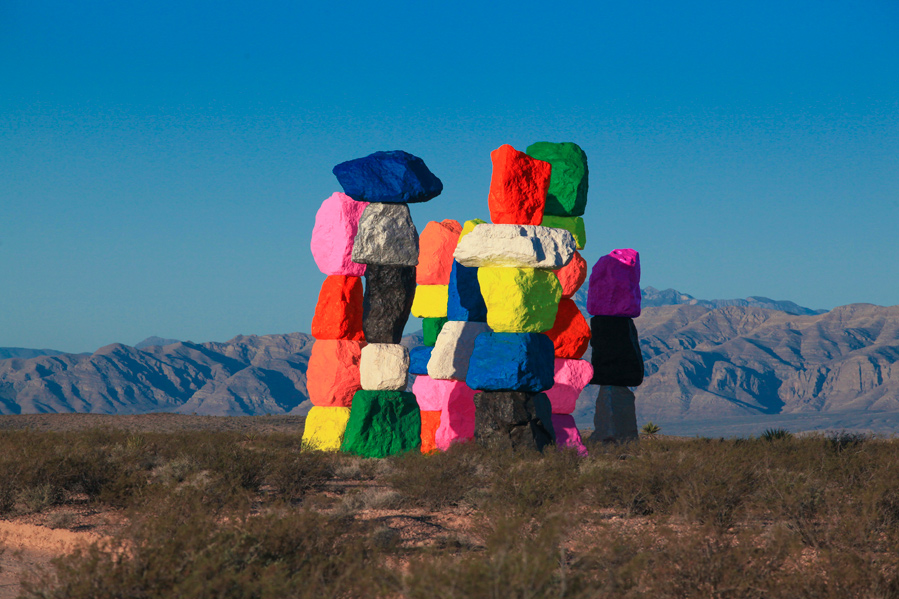 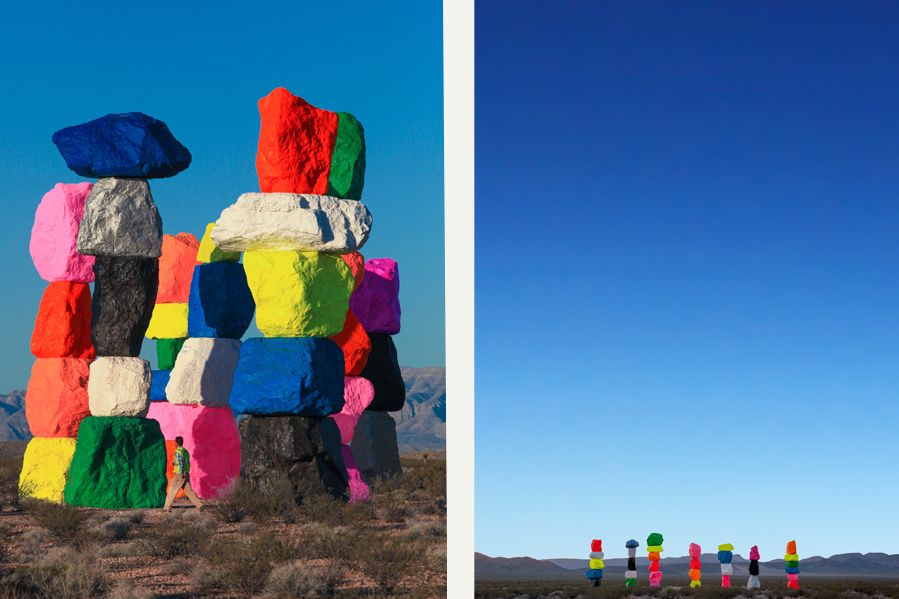 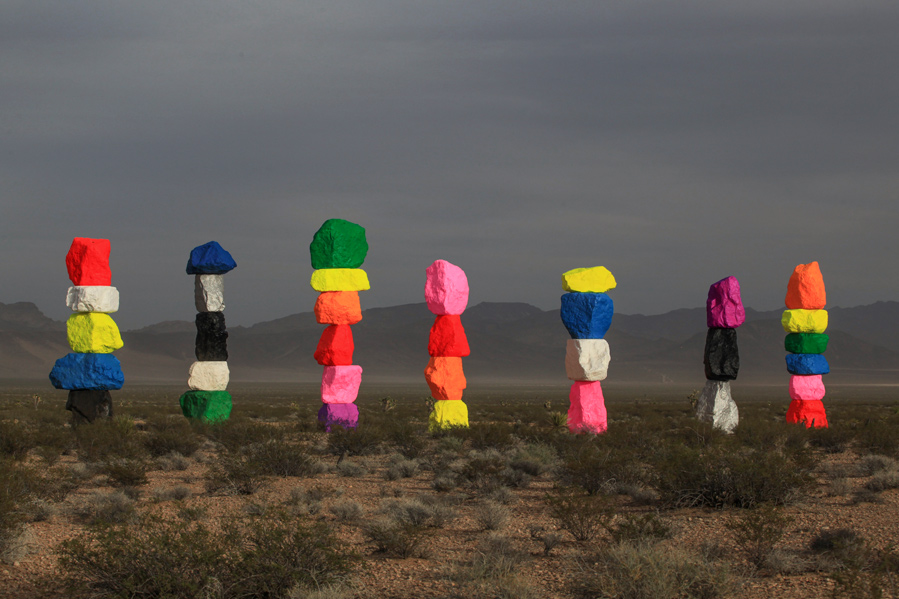 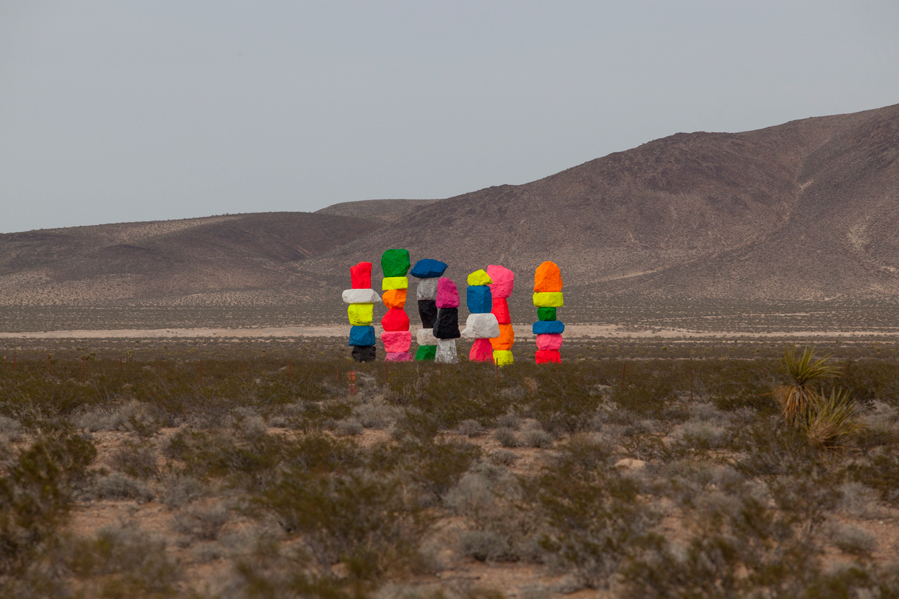 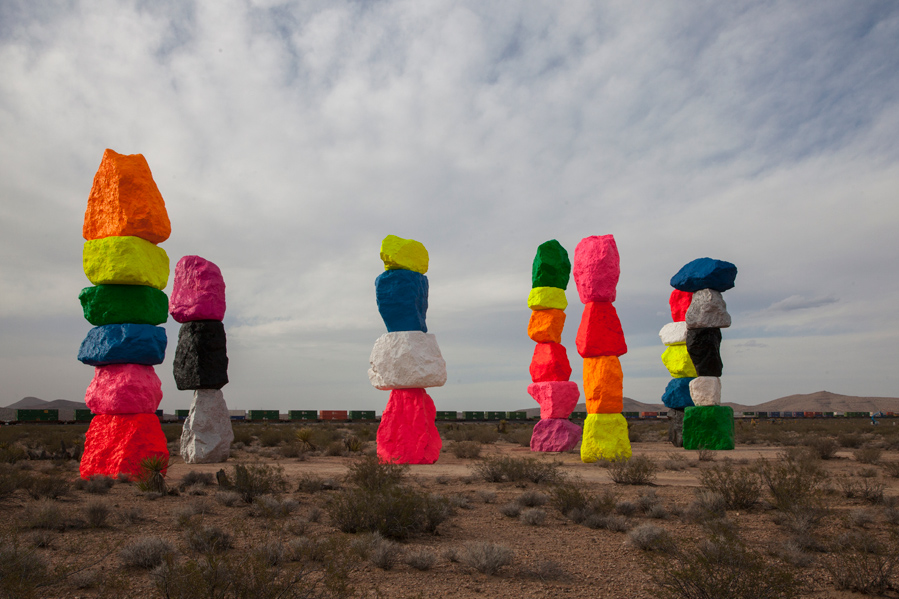